Daring Greatly: How the Courage to Be Vulnerable Transforms the Way We Live, Love, Parent, and Lead. Brown Brené. London: Penguin Life, 2015.

Working with the Self-Absorbed: How to Handle Narcissistic Personalities on the Job. Brown, Nina W., New Harbinger Publications, Inc. 2002.

Why Should Anyone Be Led by You? What It Takes to Be an Authentic Leader. Goffee, Robert, and Gareth Jones. Boston, MA: Harvard Business Review Press, 2019.

How to Discuss What Matters Most. New York: Penguin Books. Stone, Douglas, 1958-, Sheila. Heen and Bruce.

The Confidence Code: the Science and Art of Self-Assurance - What Women Should Know. Kay, Katty, and Claire Shipman. HarperBusiness, 2018.

Own It the Power of Women at Work. Krawcheck, Sallie. New York: Crown Business, 2017.

Start with Why: How Great Leaders Inspire Everyone to Take Action. Sinek, Simon. UK: Portfolio Penguin, 2019. 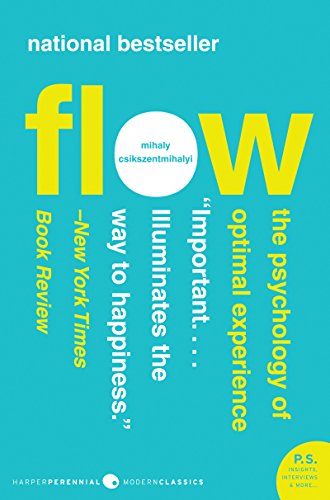 Flow: The Psychology of Optimal Experience

Psychologist Mihaly Csikszentmihalyi's famous investigations of optimal experience have revealed that what makes an experience genuinely satisfying is a state of consciousness called flow. During flow, people typically experience deep enjoyment, creativity, and a total involvement with life. In this new edition of his groundbreaking classic work, Csikszentmihalyi demonstrates the ways this positive state can be controlled, not just left to chance. Flow: The Psychology of Optimal Experience teaches how, by ordering the information that enters our consciousness, we can discover true happiness and greatly improve the quality of our lives.

"Csikszentmihalyi’s classic text on the psychology of “flow” is essential reading for educators.  Per Csikszentmihalyi, we are in flow when we perceive our skills match our challenges.  He makes it clear that a sense of anxiety is normal when we sense a challenge is too great for our skill set (such as when first learning the piano or tennis or starting out as a PGY-2 neurology resident), but that, with patience, persistence, and guidance from instructors, we will inevitably achieve a state of satisfaction and contentment called flow.". 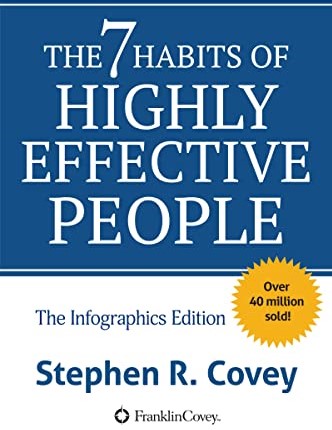 The 7 Habits of Highly Effective People, first published in 1989, is a business and self-help book written by Stephen R. Covey. Covey presents an approach to being effective in attaining goals by aligning oneself to what he calls "true north" principles based on a character ethic that he presents as universal and timeless.

Covey defines effectiveness as the balance of obtaining desirable results with caring for that which produces those results. He illustrates this by referring to the fable of the goose that laid the golden eggs. He further claims that effectiveness can be expressed in terms of the P/PC ratio, where P refers to getting desired results and PC is caring for that which produces the results.

This best-known book of Covey has sold more than 40 million copies worldwide since its first publication. The audio version became the first non-fiction audio-book in U.S. publishing history to sell more than one million copies. Covey argues against what he calls the personality ethic, that he sees as prevalent in many modern self-help books. He promotes what he labels the character ethic: aligning one's values with so-called universal and timeless principles. In doing this, Covey distinguishes principles and values. He sees principles as external natural laws, while values remain internal and subjective. Our values govern our behavior, while principles ultimately determine the consequences. Covey presents his teachings in a series of habits, manifesting as a progression from dependence through independence on to interdependence.

"Covey’s 7 habits are a blueprint for leadership and working effectively with others.  His three “public victory” habits—think win win, seek first to understand (then to be understood), and synergize form the basis of a collaborative leadership style highly valued by today’s learners".